If you considered your home as an open-minded spot, please forget everything you knew about the concept of open-mindedness. Here you are going to arrive in the empire of the tolerance, acceptance, broad-mindedness,… The city by the bay is more than a “pretty face,” it’s also a place where you are going to learn how to manage your reactions to people that are different from you, how to understand them and how to accept them. It will (it did at least in my case) make you think deeply about how you saw the world before coming here and how you will see it after spending a few weeks in this amazing city. 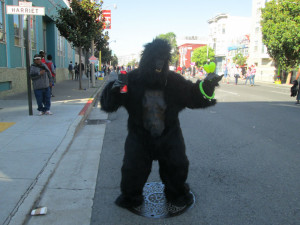 My first example will be about the subject of gays in San Francisco. In many countries, you can’t really see gay couples walking down the street holding hands. You can actually rarely see them in general. Here, in San Francisco, you can see them kissing in the street, holding hands, walking arm in arm. And I promise you, it’s something beautiful to see. In contrast of what you might have thought, it makes you totally comfortable. 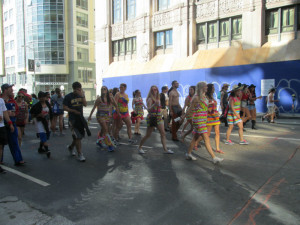 My second example is the homelessness. Before coming here I tended to be unpleasant when homeless people were coming to talk to me because in my country (Belgium) homeless people are usually disagreeable and are just asking for money. However here it’s different, and the San Franciscans know that and they act in an awesome way. If a homeless person comes to them and asks them about money, they won’t just shake their head and walk away, some of them will stop and talk to them. So after having seen this kind of behavior for 4 months, here is my advice. If a homeless person gives you a compliment, accept it and thank him, don’t run away, he’s probably not asking for money but just wants to talk. See related blog post.

These are the main things that my experience in San Francisco taught me. And now that I am returning to my little country across the ocean, I can say that I am proud of what I’ve learned here. Because, yes, you will for sure learn more than English in San Fran.