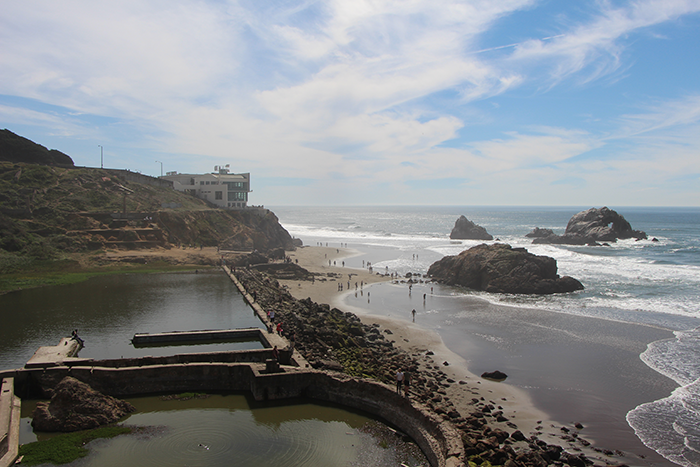 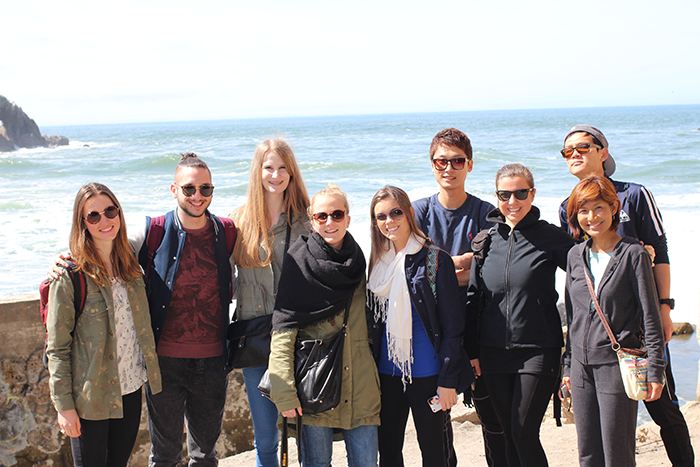 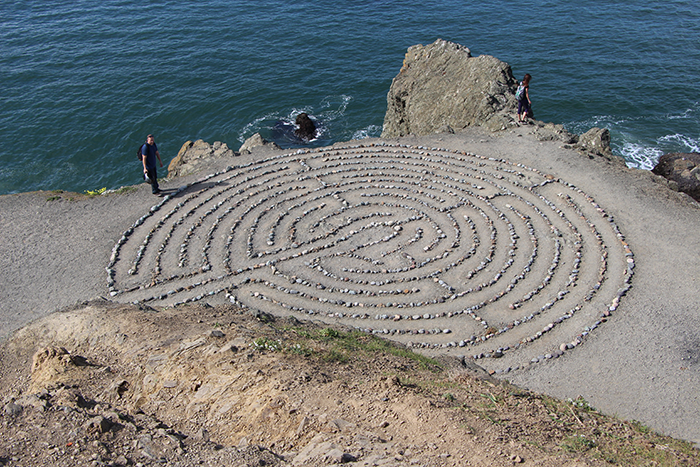 We had a great time exploring Lands End, which is situated between Ocean Beach and Baker Beach.  We met in front of the school and took the 38L bus towards the Sutro Baths. The Sutro Baths was built in the 1900’s by Adolph Sutro, a German born immigrant.  He also revitalized the famous Cliff House restaurant in 1883.  The Sutro Baths had some great places for us to take pictures.  We also explored a cave in that area where at the end of the cave you can see the breaking waves against the rocks.  After exploring the Sutro Baths we hiked along the coast with breathtaking views of the coast and the Golden Gate Bridge.  It was a little bit of an uphill hike but nothing our students couldn’t handle.  There were many opportunities to take pictures of the Golden Gate Bridge and the coastal views.

Later, we visited Miles Rock and the labyrinth, which was created by Eduardo Aguilera in 2004.  That area had spectacular views of the bay and was another great location to take pictures.  After visiting the labyrinth we continued our hike through the path.  We were able to see other hikers, people walking their dogs, and a few cyclist.  We finished at Eagle’s Point, which also has great views of Golden Gate Bridge.  We finished the day with a nice picnic and enjoyed some cheese, crackers, and Oreo cookies for dessert.   Everyone had a great time and Lands End is an extraordinary place to take pictures of the bay and Golden Gate Bridge.