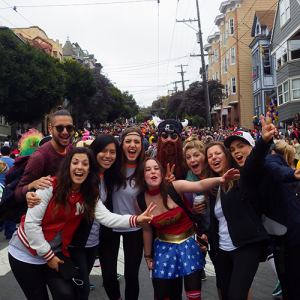 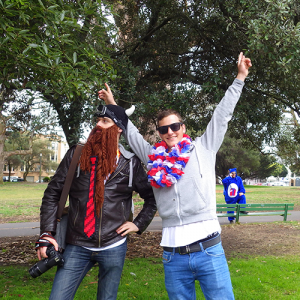 The 12K race runs west through the city and finishes at the Great Highway along the Pacific Coast’s Ocean Beach. Participants run up the iconic Hayes Street Hill, along the Panhandle and through Golden Gate Park, while the city of San Francisco cheers them on.

The third Sunday in May brings us “Bay to Breakers” the crown jewel of San Francisco events since 1912 with over 30,000+ people racing (and 100,000+ watching) from the Bay to the Breakers at the western end of Golden Gate Park in a costumed mass of everything we love about San Francisco.

Bring your costumed, your semi-naked and your beer (try to be discreet) and participate in one of the largest races in America – one of the most strange and “San Francentric.”
Have fun and study English in the USA.