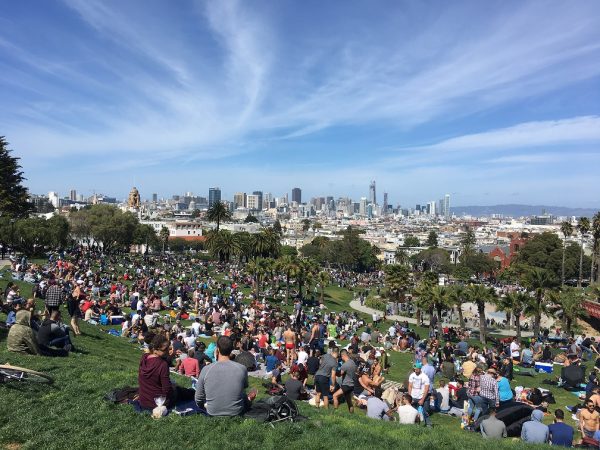 San Francisco consists of some great districts. One of them is named the Mission District, which is located in east-central San Francisco. The area used to be occupied by a Hispanic population, so you can find many Mexican restaurants there. You might think as if you were in another country because you can see many people who can speak Spanish. In addition, the Mission District is also famous for lots of murals. Most of them were drawn as an expression of outrage over human rights and political abuse.
You can’t miss one of the famous parks in San Francisco. There is a park called the Mission Dolores Park. The park is situated on land that was once a Jewish cemetery. The city bought the property in 1905 and established the park.
The Mission Dolores Park is bordered by Church, Dolores, 18th, and 20th streets. It offers a soccer field, six tennis courts, one basketball court, a playground and a dog play area. If you go to the top of the park, you will see the wonderful view of San Francisco. 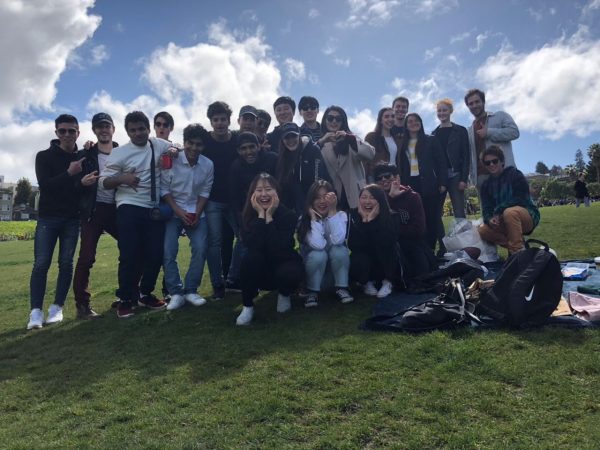 As our students love the park, they sometimes have a picnic there. There was an activity to have a picnic in the park two weeks ago. Each student brought their own food and drink to share with others.
Many types of events are held in the park. One of my favorite events is the outdoor movie! There were a few outdoor movie events in the summer season last year. I joined the event with EC San Francisco students, and we talked about the topic of the movie with beer after we finished watching the movie. I hope we will have the same event again this year.