If you’re in America you have 8 possible countries where you can see the shows of Cirque du Soleil – Peru, Mexico, Columbia, Chile, Brazil, Argentina – and especially in North America – U.S.A. and Canada.

Cirque du Soleil is a Canadian entertainment company. The team describes itself as a “dramatic mix of circus arts and street entertainment”. The former street performers, Guy Laliberté and Gilles Ste-Croix, found “Circus of the Sun” in Baie-Saint-Paul, Quebec in 1984. Cirque du Soleil expanded through the 1990s and 2000s. During that time they performed 19 shows in over 271 cities in different countries. Cirque’s team have received many prizes and distinctions, for example a Bambi Award in 1997, Drama Desk Awards in 1991 and 1998 and a star on the Hollywood Walk of Fame.

The current show in Toronto is “Amaluna”. The audience will be enchanted by a mysterious island where goddesses and the cycles of the moon determine life. In the show they celebrate a coming-of-age ceremony of the queen’s daughter. In their traditions it’s very important to honor femininity, renewal, rebirth and balance; you have to pass these insights and values on to the next generation. But we don’t want to spoil it for you!  So see the show “Amaluna” and find out what happens! 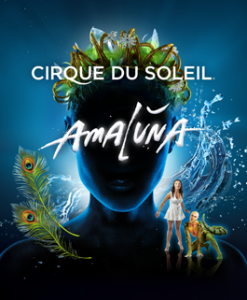 The artists perform acrobatics and dance, and the beautiful costumes and make up underline the movements. The show is something between magic and dreams. Follow this link to see the extended trailer of “Amaluna”.

On the official YouTube channel of Cirque du Soleil you will get a good introduction to their different shows, acrobatic numbers and characters.

Where: 51 Commissioners St, Toronto, ON M5A 1A7 (under the Grand Chapiteau at The Port Lands) 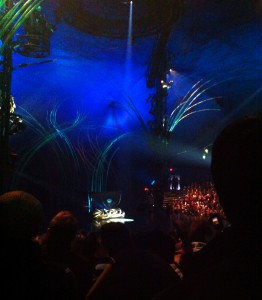 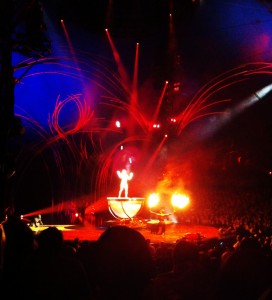 Have we aroused your interest? Then enjoy the show “Amaluna” at Cirque du Soleil with your family and friends. We think it is a wonderful event for old and young!