Hey EC Toronto students – do you know the origins of Victoria Day?

Victoria Day is a public holiday celebrated across Canada on the Monday before the May 25th. Victoria Day was originally set in honour of Queen Victoria’s birthday. Queen Victoria was the monarch of the United Kingdom of Great Britain and Ireland from June 1837 until January 1901. Canada celebrates this day because it is a part of the Commonwealth of Nations, an organization led by the crown of England. This day is referred as the Victoria Day Weekend; the May Long Weekend and May Long. It is also called the May Two-Four, a wink to “two-four” which is the slang name of a case of beer, which is consumed in large numbers over this holiday weekend! 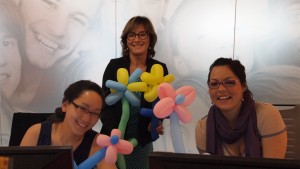 May 20th is the first public holiday of the summer. As you know, Canadian’s winters are very long and especially very cold! That’s why it is so famous here! It is the occasion for Canadians to benefit from a long sunny and warm weekend… For the more active:  travel, visiting family, resorts, hotel, gardening, BBQs, outdoor activities or… just bask in the sun for sloths!

Fireworks displays are common, especially on Monday night. The official Firework take place Ashbridge’s Bay on Monday, May 20th at 10:00 p.m.
EC Toronto students – what are you doing on this great long weekend? Take some photos with your hearts and send them to us on instagram!