If you are coming to Toronto or you are here and looking for cheap things to do at this summer is happening a lot of outdoor movies around the city for free.

Movies: Right now Beauty and the Beast is in the lead, with Raiders of the Lost Ark a strong second. 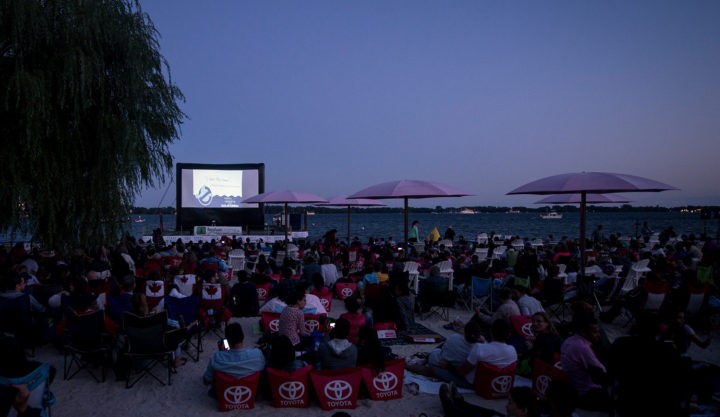 movies shown under the open skies on a two-sided screen set atop a barge in Toronto Harbour. Bring a chair, a cushion or a picnic blanket and join the fun. 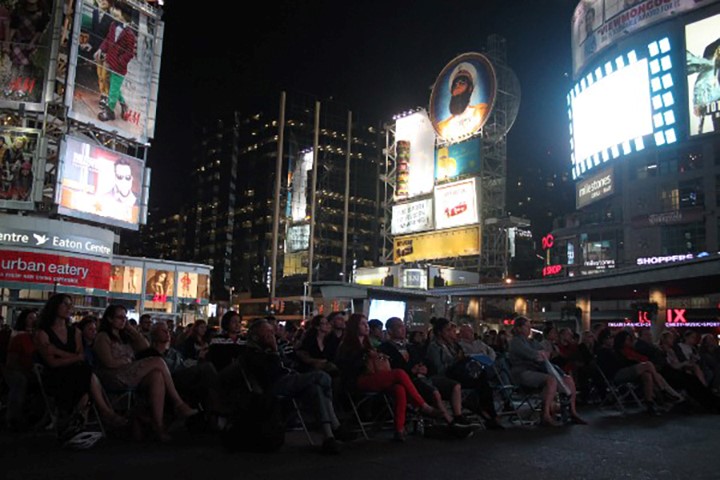 Watch a screening in the heart of downtown, Yonge-Dundas Square

Movies: The Bad Batch, It Comes at Night, Sundowners.

Open Roof is back at 99 Sudbury, pairing indie films with music every Tuesday night throughout the summer. Toben Food by Design food truck and drinks from Amsterdam Brewery will also be available onsite.

Movies on the Common at Corktown Common, in Corktown:

Movies: A League of Their Own, Hairspray, Invictus. 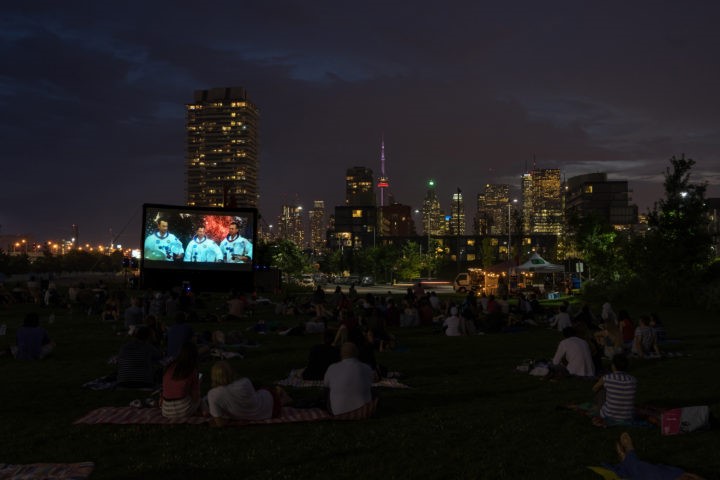 Toronto Outdoor Picture Show will present films just minutes from many bustling east-side Toronto neighborhoods, under a city skyline that can’t be beat. 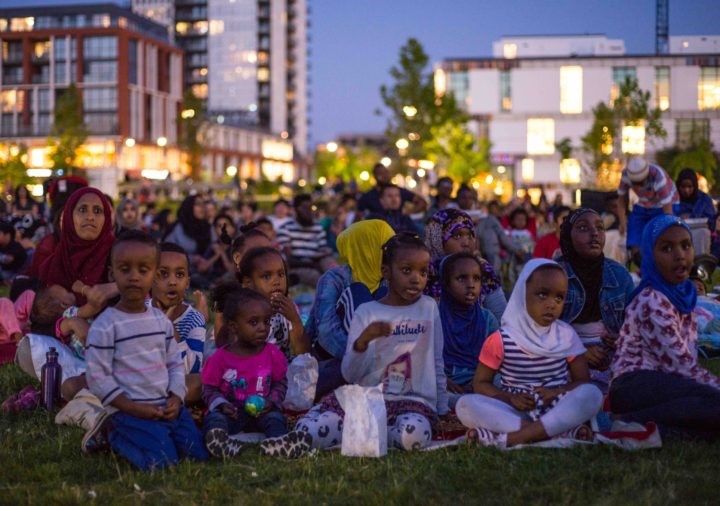 Pack your blanket and picnic dinner for outdoor films in St. James Park. St. Lawrence Market Neighborhood BIA, the series features one film a month over the summer.

Under the Stars at Regent Park: 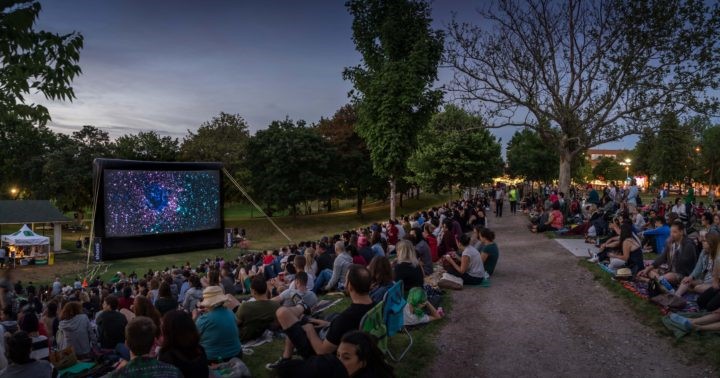 Under The Stars is an outdoor summer screening series hosted by Regent Park Film Festival, showcasing a great line up of family-friendly families. Before each film at sundown, there’s also music and activities including yoga, DJ workshops and dance classes.

The festival curates a combination of both popular and critically-acclaimed films.

Once a month bring your blankets and watch a movie from 8 p.m. – 10 p.m. Snacks are available to purchase from 7 p.m. 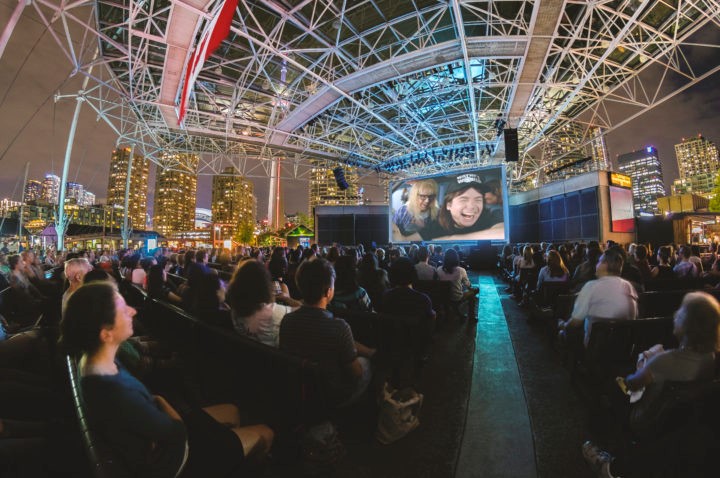