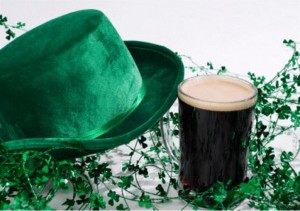 St Patrick’s Day is a famous Irish holiday celebrated all over the world. In Canada, it is a public  holiday in the province of Newfoundland. In other places, such as Toronto and Montreal, large parades are held to celebrate the day.

People who have an Irish background or enjoy Irish culture may hold Irish-themed parties where dressing up in colour green is encouraged. Another symbol of the holiday is the shamrock, which is the leaf from the clover plant and represents Holy Trinity.

But who exactly was Saint Patrick?  He was born in the year A.D. 387, somewhere near Scotland and England. When he was 16 years old, he was captured and taken to Ireland as a slave. During this period he became very religious.  After six years, he fled back to his family. Later in his life he became a missionary and converted the inhabitants of Ireland to Christianity.

According to the legend Saint Patrick was also responsible for ridding the island of snakes. However, there is no evidence that there were snakes in Ireland in the past 10.000 years. The “snakes” he drove out of Ireland may represent a group of pagans.