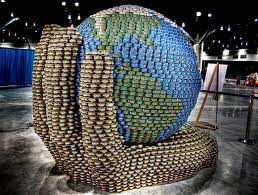 CANstruction Vancouver is an annual design and build competitions that takes place in over 180 cities world wide. Teams of architects, engineers, designers and schools get together to construct fantastic, giant sized sculptures made entirely out of canned food. After the structures are built and the winners declared the creations go on view to the general public as giant art exhibits. 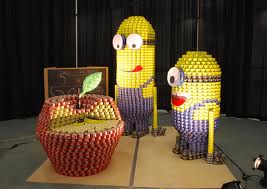 This year, CANstruction is expanding to five venues along four blocks of  Georgia St.  Twenty teams assembled from 31 companies, schools and associations will create sculptures on public display in lobbies for 11 days.

It’s absolutely free to visit the sites, but donations are accepted.