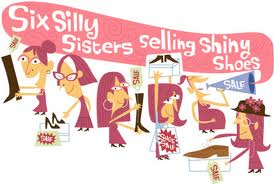 A tongue-twister is a phrase that is designed to be difficult to articulate properly, and can be used as a type of spoken word game. Some tongue-twisters produce results which are humorous when they are mispronounced, while others simply rely on the confusion and mistakes of the speaker for their amusement value.