I am Marina, a student ambassador at EC Vancouver English school and I am from Switzerland. 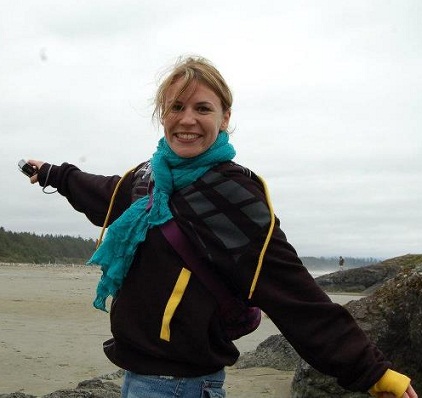 During my time in Canada, I have realised that some people confuse Switzerland with Sweden and Swiss with Swedish.

It’s time for a little bit of geography! Do you know the difference between Switzerland and Sweden? These are two completely different countries, but often get mixed up.

Switzerland is a small, landlocked country in the heart of Europe. Switzerland’s neighbours are Germany, Austria, France and Italy. The capital city is Bern and the currency is the Swiss Franc. Switzerland comprises three main linguistic and cultural regions: German, French, and Italian, to which the Romanisch-speaking valleys are added.

The Swiss, therefore, though predominantly German-speaking, do not form a nation in the sense of a common ethnic or linguistic identity. The official written language in school is High-German which is more formal than the Swiss-German spoken in the streets and in our daily life. In the French and Italian part of Switzerland the official language will then be French and Italian respectively.

Switzerland is geographically divided between the Alps, the Swiss Plateau, and the Jura, spanning an area of 41,285 km2 (15,940 sq mi). While the Alps occupy the greater part of the territory, the Swiss population of approximately 8 million people is concentrated mostly on the Plateau, where the largest cities are to be found. Among these are the two global cities and economic centres of Zurich and Geneva.

Sweden, officially the Kingdom of Sweden, is a Nordic country in the Scandinavian Peninsula in Northern Europe. Sweden’s neighbour countries are Norway and Finland, and Sweden is connected to Denmark by a bridge-tunnel. The capital city is Stockholm.

At 450,295 square kilometres, Sweden is the third largest country in the European Union (EU) by area, with a total population of about 9.4 million. The Sweden’s currency is the Swedish Krona. The inhabitants of Sweden speak Swedish, a Scandinavian language.

Most of Sweden has a temperate climate, despite its northern latitude, with four distinct seasons and mild temperatures throughout the year. The country can be divided into three types of climate; the southernmost part has an oceanic climate, the central part has a humid continental climate and the northernmost part has a subarctic climate. However, Sweden is much warmer and drier than other places at a similar latitude, and even somewhat farther south, mainly because of the Gulf stream.

I hope this is helpful to you all!

Want to know more about learning English with EC? Contact us today!