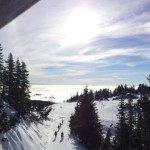 When did you go to Grouse Mountain?

I went to Grouse Mountain on Sunday the 20th of January. It was very nice and sunny on top of the mountain, and very hot too. 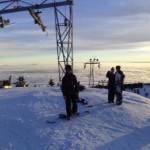 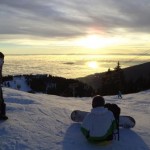 What did you do there?

First I took the cable car, then I rented a snowboard and after I went snowboarding all day. When the day was finished I saw the most beautiful sunset of my life. I exaggerate a little but it was really nice with a beer in my hand and talking to a local man I met. After, at 6pm, I was tired and went home. 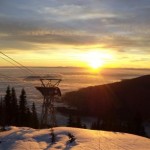 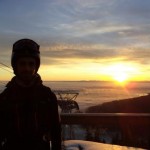 What was your favourite thing about that day?

Who did you go with?

I went alone because it was my first week in Vancouver and I didn’t have any plans with anyone, but I met a lot of people on the chair lift. It was interesting because you can meet a lot of people from many countries while snowboarding.

Are you going to go again?

I’m sure I will, but not as often as I would like because it’s expensive for me.

Did you see any bears?

Ouu! I would have liked to but no! It’s the season for hibernation and I haven’t seen any bears yet. 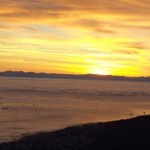 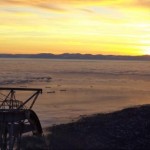 Do you want to say anything about the photos?

Only to explain the opposites in this country because it’s very strange for me. In my country it’s normal that it is cloudy at the top of the mountain and sunny in the city or village on the coast and here it’s the opposite.

And it’s really beautiful. You are in the snow and you can see the sea quite close with its boats and the city with its flats. 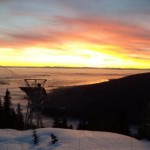 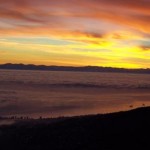 EC Vancouver would like to warmly thank Victor for his contribution to our blog. We wish him more exciting adventures!