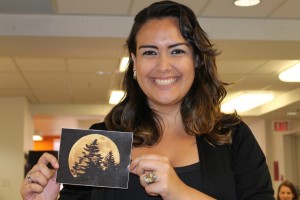 What?
The closest and largest full moon of 2013 comes on June 23rd.

This full moon is not only the closest and largest full moon of the year. It also presents the moon’s closest encounter with Earth for all of 2013. The moon will not be so close again until August, 2014. In other words, it’s not just a supermoon. It’s the closest supermoon of 2013.

For more information about the Supermoon: http://earthsky.org/tonight/is-biggest-and-closest-full-moon-on-june-23-2013-a-supermoon