During the 11th Century explorers brought the ginger to Europe. It became very popular in Germany; Nuremberg quickly became the gingerbread capital of the world. Gingerbread houses became popularized after the Brothers Grimm published the classic tale of Hansel and Gretel. Gingerbread houses have become a common tradition in North America, notably during the Christmas season.

Making a gingerbread house is now a common Christmas tradition. EC Vancouver decided to make these houses as a social activity, reflecting the commitment of the school to keeping the school fun and engaging. In groups of 3, EC students built different houses, using their own creative flair. After fixing the walls using icing sugar, the students could decorate houses with different kinds of candies. A little village of five houses was created and now sits on the second floor. For most of the students this was the first time that they have built a gingerbread house; it was a great experience.

The gingerbread houses are placed in the second floor, so that everyone can come and vote for their favourite house. The winning team will receive an awesome prize. Thanks to the EC Vancouver English School for putting on this fun activity! 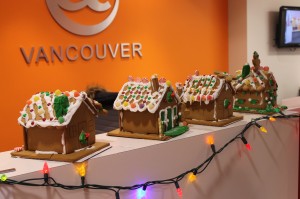 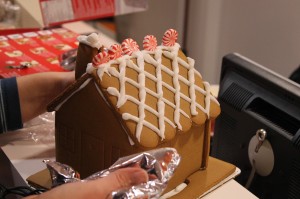