Basically, through the pitch battle, i had a good opportunity where test my speaking. The pitch had to be done in less than two minutes, so it didn’t take so much time to prepare and it was not so difficult for me to think about the topic, which was make friends to come over to study English in Vancouver. However, I had no confidence to speak English in front of some people because I thought my English was so terrible, especially my pronunciation, even though I have been studying here for three months. 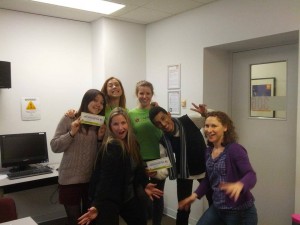 At the finish of the pitch battle, fortunately we had feedback as soon as we finished our speech. It was really great because before we forget that and how we did speech, we could hear advice from people who were listening to us. As I wrote, I had no confidence with my English, but after teachers and people from club ESL told me that they could understand my English and it was good. I was really glad and I could have a confidence than before.

Although there are nice conversation club and pronunciation club at EC Vancouver, it is rare that i can hear other students’ speaking and get feedback at the same time. I think I can make my speech better if I join this pitch battle many time.