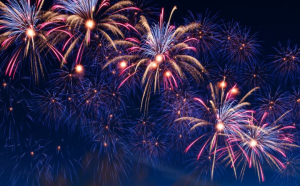 Vancouver’s biggest firework displays return to the city’s skies this summer, the 27th annual Honda Celebration of Light at English Bay is the longest running offshore fireworks competition in the world and attracts about 1.4 million spectators every year.

Crowds flock to the waterfront, around English Bay and Burrard Inlet, setting out picnic blankets and folding chairs on the beach to take in the show. Along with the fireworks themselves, the Celebration of Light kicks off each evening with an accompanying music festival down at Sunset Beach. SHOREFEST is Vancouver’s largest free community concert series. Bands start hitting the stages in the early afternoon, getting crowds warmed up for the spectacular main event. 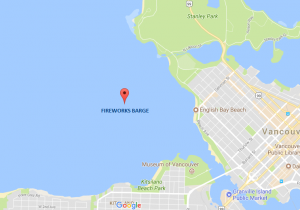 This year, the Japan (July 29), United Kingdom (August 2), and Canada (August 5) will compete for the title. The firework displays will start at 10 p.m. sharp, rain or shine and spectators can follow along with the accompanying music on LG 104.3 FM or through the festival’s app.

In Celebration of Canada’s 150, 3 Canadian songs will be freatured in the competition. The three songs chosen by the public are: Ahead by a Century by The Tragically Hip, Halleuja by Leonard Cohen, and Summer of ’69 by Bryan Adams.

—–
Planning to come to Canada to improve your English skills? Find out more about English Courses in Vancouver!