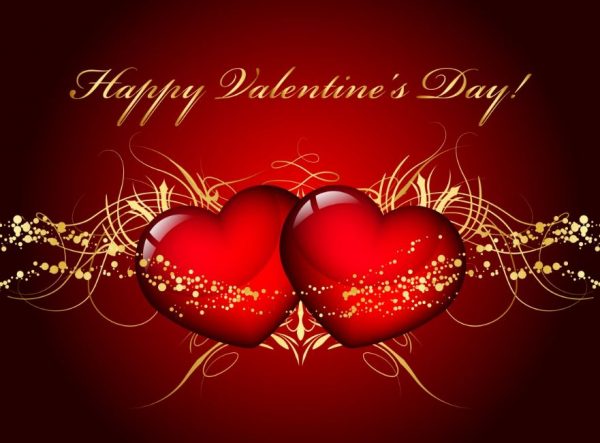 Especially on Valentine’s Day couples get creative to show their love for each other. Men usually buy flowers, preferably red roses, and chocolate pralines for their women and sometimes even heart-shaped balloons. On Valentine’s Day lovers like to go out on romantic dates such as having dinner in a nice restaurant or watching a romantic movie. It is very common to send greeting cards known as “valentines” with typical Valentine’s Day symbols such as hearts, doves or Cupid. Cupid (Latin Cupīdō, meaning “desire”) is the god of desire, love, attraction and affection and he is also known in Latin as Amor meaning “Love”. Often he is seen as the son of the love goddess Venus and the war god Mars.

Valentine’s Day traditions are originally from England and spread to other English-speaking countries in the 19th century. They only spread to other countries worldwide in the 20th and 21st centuries. The United States and many East Asian countries spend the most money on Valentine’s gifts which makes this day an important source of economic activity. Costa Rica, Mexico, Puerto Rico and other Latin American countries know Saint Valentine’s Day as Día de los Enamorados (Day of Lovers) or as Día del Amor y la Amistad (Day of Love and Friendship).

In France, Valentine’s Day is known as “Saint Valentin”, in Spain it is known as “San Valentín”, in Portugal, it is called “Dia dos Namorados” (Lover’s Day/ Day of the Enamoured) and it is celebrated in the same way as in other western countries. In Sweden they call it Alla hjärtans dag meaning “All Hearts’ Day”. February 14 is known as Valentinsdag in Denmark and Norway and it is celebrated similarly to the United Kingdom. In Finland Valentine’s Day is called ystävänpäivä and in Estonia it is called sõbrapäev meaning “Friend’s Day” which is more about remembering friends, not lovers.