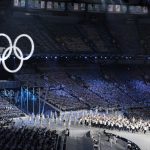 The 2010 Winter Olympic Games and Paralympic Games were held in Vancouver and Whistler, British Columbia, Canada. The Olympics ran from February 12 to February 28, 2010, and the Paralympics from March 12 to March 21, during which nine competition venues were used, spread across Vancouver, Whistler, and the neighboring areas of West Vancouver and Richmond. The majority of ice sport events were held in Vancouver, while Whistler, which normally serves as a ski resort, hosted the snow events. Six non-competition venues, three each in Vancouver and Whistler, provided athlete housing, space for media, and locations for ceremonies associated with the Games.For the 2010 Winter Olympics, a total of ten sports venues were used, seven in Vancouver (including BC Place), and three in Whistler. 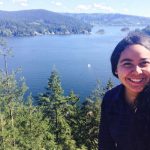 My experience in Vancouver has been awesome; since I arrived it has been perfect! I have met many people from different countries who are now are my friends, and I have been able to visit different places around British Columbia and Alberta like Victoria, Hope, Tofino and Banff. Also I can improve my English with an incredible process in EC because when I arrived six month ago I couldn`t speak, read or write anything! I consider my progress very successful. My plan for the future is to start studying at University and at the same time work in Vancouver.   —– Planning to come to Canada to improve your English skills? Find out more about English Courses in Vancouver! 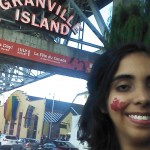 Isa is a Brazilian Student who graduated from EC this year. Here is her story: Studying at EC My experience was amazing! The EC staff are very friendly always looking to help. My teachers Tracy and Simon also were really good! Sometimes classes were a little hard but I think that this is good. I also met new and interesting people in my classes. People were different but really nice. I will miss everybody very much and I hope to come back some day soon. Thank you very much! Advice for Brazilian students You have to enjoy your trip. Have to understand that this is a kind of experience that many people will not have, so you are very lucky! Vancouver is a multicultural city, so you have to be open minded and ready to respect new cultures. Not every moment will be perfect. Sometimes it can be difficult. It’s a new country, so sometimes you may feel alone, but that’s totally normal. If you stay in a homestay, that can also be difficult sometimes. It isn’t your house and many things can be different. Again, that’s totally fine. My homestay was different, but amazing.Finally enjoy all of the trips parties, but don’t forget your homework. Remember, studying English is the first priority.Oh, and if your first trip is to a cold place and you are from the hot part of Brazil, maybe it will be better if you choose to go in the summer time. ====== Do you want to learn English in Canada? EC offers English courses in Vancouver! 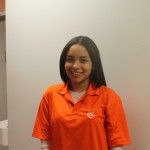 Today is the last day of one of our wonderful student ambassador, Valeria! Valeria joined us from Cartagena, Colombia. She is 17 years old, and loves to play soccer and hang out with her friends. She came here for 3 months to study English, and enjoy making friends with her classmates. She loved the city, and even the bad weather didn’t stop her from getting out and helping us with activities. Just a couple of weeks ago she lead a group of EC students through mud and snow, as they hiked up Dog Mountain. She is also very outgoing, and had no problem flaunting her advanced English skills as she made announcements to several classes about upcoming events. As she leaves, Valeria says that she will remember the kind and helpful staff of EC. As for us, we will remember great her great personality and initiative. See you later, Valeria! ————- If you want to enjoy great activities Canada, you can learn English in Vancouver with EC!

Tell us something about you: I’m from the French part of Switzerland. I’m 19 and I love all kinds of sports but especially volleyball! I listen to a lot of music. Why did you choose to be a SA? Because I like to be active for the school I go! In addition, I like to have responsibility and to create animations for the other students. What is your job as student ambassador? Firstly, we are a link between the students and the administration (staff) in EC Vancouver. After that, we try to create events or different activities for the students! And also patrol during the break to catch students who aren’t speaking in English. In your opinion, what is the best activity so far? Why? I think it was our “Explore Vancouver” event to Lynn Canyon. It was our second big event and we had an amazing success! So it was very enjoyable to see that our job was useful!

Tell us something about you: I’m from Korea and I have been staying in EC Vancouver since March. I’m easygoing and active so I’d like to experience new things in Van. Now I’m in the Cambridge class and I’m enjoying every day here. Why you choose to be a SA? As I mentioned, I’ve been staying here quite a long time so I’d like to help students with their questions and have a great time getting to know them. What is your job as student ambassador? I usually try to give opinions on organizing some programmes, and help other SAs if there is something I can do. I’m happy to share my experiences with new students and give some information about Vancouver. In your opinion, what is the best activity so far? Why? I believe “weekly put night” has been a good opportunity to meet and get on well with new friends from EC.