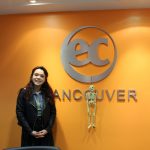 “Hi EC Vancouver! I’m Aysenur Cumali, I’m from Turkey and I will study at EC Vancouver for 7 months.     EC is like my family, sometimes even closer than. When I arrived in Canada İ was so worried for the next 7 months, but now I realized that I made the best choice of my life. It has been an unforgettable experience since I started here. I’m enjoying my classes a lot, the teachers are wonderful, the city is amazing and Vancouver’s environment is so cool! I came here with basic English and now I can speak to everybody and enjoy everything! My host Family is so friendly and helpful. I love them! At EC Vancouver, İ learned  more than just a language. I had the opportunity to make new friends from other countries and live new experiences. EC was the right choice for me. ” Aysenur Cumali     Are you thinking to study English in Canada? Meet us at EC English Language School in Vancouver! 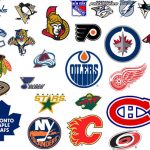 Calling all the hockey fans, the NHL 2017-2018 season is almost ready to start! The season is the 101st of operation of the National Hockey League and this year count with the addition of a new expansion team, the Vegas Golden Knights, 31 teams compete in an 82-game regular season and starts on October 4, 2017, and will end on April 7, 2018. The hockey season is divided by two conferences: Western and Eastern Conference     Find below 14 fun facts about hockey. When hockey was played in its early days, a frozen patty of cow poop was used as a puck. Today, hockey pucks are frozen before a game to prevent them from bouncing during play. Two American brothers started the tradition of “octopus throwing” during the 1952 playoff games. At that time, it took eight wins to claim the Stanley Cup. So Pete and Jerry Cusimano, who sold fish for a living, brought an octopus (with its eight tentacles) to the Detroit arena and tossed it onto the ice. The Detroit Red Wings won the Cup, and the octopus has been a good luck charm in Detroit ever since. The Pittsburgh Penguins once had a live penguin as their mascot that was named Slapshot Pete. After winning the Stanley Cup in 1924, Montreal Canadiens players drove to their victory party with the trophy in the trunk of the car. When the car got a flat, they removed the Cup to get the spare tire. Once they changed the tire, they forgot all about the Cup and left it behind in a snowbank. Later that night, they realized what they’d done and returned to get the trophy. Luckily, it was still where they left it! Every member of a Stanley Cup winning team gets a personal day with the Cup. Many champs have … Read more

Kaline is from Brazil and she took one month of English classes in Vancouver. As you can see, one moth of English classes at EC was enough for her to explore Vancouver and its lost gems!  “I like Vancouver very much. There are lots of places to visit ,there are wonderful parks, gardens, view of the sea… I really love Stanley Park and English Bay. I like especially English Bay because you can have a wonderful view of the sea from there. I will never forget  this vacation at EC Vancouver!”