Last Friday, EC Washington English Language Center students took part in an experience that most Americans will never have – not only did they visit the U.S. Capital building, but they got an exclusive look at the U.S. House and Senate galleries (and saw some famous Senators!), and even got to ride on the U.S Senate private trolley! It was a truly unique trip that exceeded all expectations. Thanks to Cecilia, one of our amazing teachers who reached out to her Virginia State Senator, a group of EC Washington English Language Center students were invited to participate in this behind-the-scenes look at U.S. government in action. What a thrill! 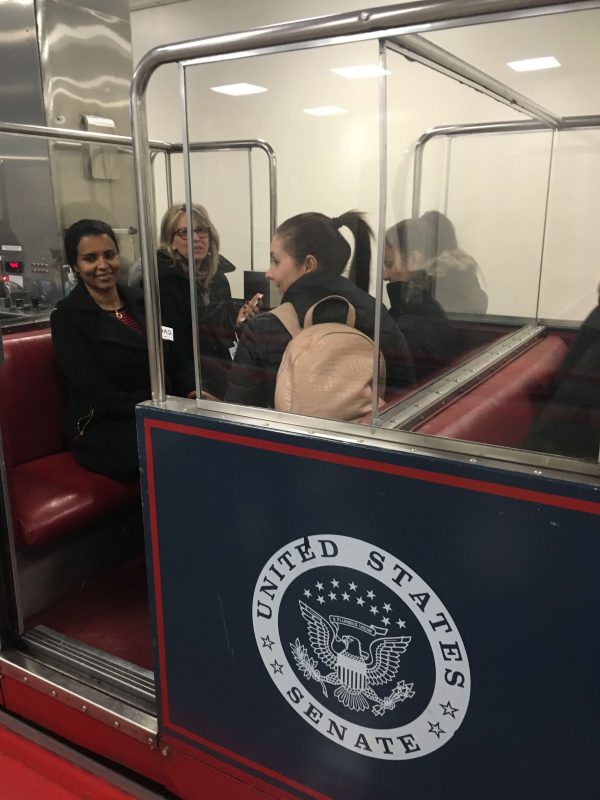 Security was very strict, as one might expect, so while we don’t have pictures from inside the actual House and Senate galleries, we were lucky enough to snap some shots of the trolley ride, and one outside Virginia Senator Tim Kaine’s office! Cool fact: Tim Kaine was Hillary Clinton’s Vice Presidential running mate for the 2017 election. One EC Washington English Language Center student had the following to say: “I had one of the most amazing experiences in Washington D.C during our visit at the Capitol. It was incredible because it felt like walking through history, and discovering more about the American culture. Taking the same [trolley] as the Senators, visiting the Senate and The House of Representatives was really cool and unique!”