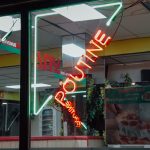 Canadian cuisine, which varies widely by region and its peoples, is not as popular outside of Canada. However, Poutine stands out as purely Canadian which puts us on the map of world foods. The provincial kitchens of European meals expanded after the subsequent waves of immigrants in the 19th and 20 … Read more Indigenous Arts and Culture is everywhere in Vancouver and Canada. British Columbia is home to many diverse first nation groups and communities that live in the land and surrounding areas. The Truth and Reconciliation Commission promotes first nations culture and education all around Canada.  In add … Read more Next week, Monday, August 21th find your spot and check it out about this unique spectacle in Vancouver! Solar Eclipse happens when the New Moon moves between the Sun and Earth, blocking out the Sun’s rays and casting a shadow on parts of Earth. Source(https://www.timeanddate.com/eclipse/solar … Read more 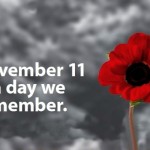 If you walk across Vancouver these days you will see many people wearing artificial poppies on their jackets. Red poppies symbolize the memory of those who died and are worn on November 11, Remembrance Day, also known as Poppy Day. Remembrance Day is a memorial celebrated annually since the First Wo … Read more October 31 is well known all over the world as the day of the dead. Halloween is an ancient Celtic myth brought to Canada by European immigrants several years ago.  But it really was a festival to celebrate the end of the harvest. Here you can find some curiosities about Halloween that will help you … Read more