Check out this great piece of writing from one of our students.

As the door clunked shut behind him he took a deep breath. He sucked the crisp fresh air into his lungs, looked at the crystal clear sky and he felt suddenly light. How long had he been waiting for this moment… Finally after twenty years the desired moment had come. John did not look back as he walked away with purposeful steps. He knew exactly where he wanted to go.

During the past few years he had saved some money. He invested the first Dollars in a shovel which he bought in a little hardware store at the main road of the village. The old man behind the counter did not ask any questions, there was not even a spark of suspicion in his face. “I have to get used to this again” John told himself and he ticked off the first item of his mental checklist.

Further down the street a car rental appeared and he did not hesitate. As he stepped over the threshold John already knew which car he wanted. The blue Chevrolet 57 had attracted his attention immediately. The paperwork was done quickly and again no questions. It was quite the contrary, the car dealer seemed happy that he finally had a customer. Obviously he had not a lot of work in this sleepy place.

With a feeling of satisfaction John made himself comfortable in the seat, smelt the odour of the leather that brought up old memories and catapulted him back to better times. He felt the steering wheel, drove gently with his fingers over the instrument board, his thoughts were in the past. Then he jolted back to the present, turned the key and as the engine awoke to life the little hairs on his neck stood up. “Oh god…” how much he loved this sound. “Let’s hit the road.” John thought.

The rest of the day he spent cruising in direction of his goal, enjoying the ride, enjoying the feeling of freedom. The roads through the soft hills and the forests were almost empty by what his feelings were reinforced.

In the twilight of the evening he arrived at the place he was heading for and after a short walk he reached the old tree. Nevertheless it was getting dark he recognised the correct place at once. He had chosen the spot deliberately. He had enough landmarks so that he could find it without problems under any conditions, that was the way he had learned to do it.

Sitting with the back to the tree he gazed at the starry sky and just listened, waited, observed the horizon. Just to be sure that nobody had followed him. The day had been long and the sound of the crickets in the dark lulled him to sleep.

At sunrise the singing of the birds woke him up. John opened his eyes slowly, blinked. Slightly confused he sat up, not sure whether the last day had been a dream or not. He looked around and smirked as he saw the sun rise over the horizon. This was real. So he stood up, shook the rest of the sleepiness off, stretched, rubbed his face. Again he took a few seconds to observe the surrounding, Yes, John was alone… So he grabbed the shovel and began to dig. Only a few minutes later he heard the sound of metal on wood and he went down on his knees. With his hands John moved the rest of the dirt to the side and lifted the small wooden box out of the soil. He stood up and pressed the box against his chest. How long had he waited!! Before John returned to the car, a routine learned a long time ago took over and he shovelled the dirt back in the hole. Trying not to leave traces behind.

Not before returning to the car he had opened the box. As he lifted the cover of the box he felt his heart beating up the throat. There it was. John looked straight in the eyes of a teddy bear. That teddy had waited so long for him. John grinned again. Just a harmless toy, maybe buried by a boy… A red herring… To distract from the key in it. The key to a safe deposit box in San Francisco. 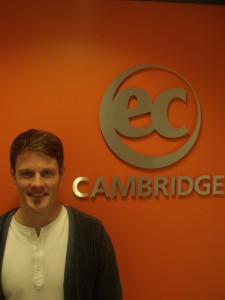