Check out this great story from our student Diana.

Sam went to prison twenty years ago and was released only yesterday. He was arrested and sentenced to prison for manslaughter. He murdered his own brother, Steve. They had always had a difficult relationship and they had always been cold and detached. They grew up with only their mother being present, and both of them were constantly trying to obtain her love and her respect. There was a strong and often violent competition between them, and when their mother died leaving her most important belonging – a gold watch with silver inlays – a huge conflict between them started. Steve broke into Sam’s apartment in order to steal it, but Sam was awake and at the end of a terrible fight he killed his brother. Even now Sam can’t figure out if he did it on purpose or not.

After having killed Steve, he took the watch and hid it in a very far away place: he chose a tree in a forest on the other side of his country and buried the watch under it. The following morning he went to the nearest police station and told the truth because the remorse was unbearable.

Every single day spent in prison, Sam couldn’t stop thinking about his murder, his mother and the buried watch.

When finally he regained his freedom, twenty years later, the first thing he did was to walk to the nearest shop and buy a shovel with the money he had managed to save. Close to the shop there was a car rental, and with the money he still had he rented an old blue Cadillac, but it took him some time to understand how to make it work: he had almost forgotten how to drive a car after all the time spent in prison.

He drove for hours, mostly during the night, to reach the other side of the country where the tree was. Finally Sam arrived there, he got out of the car and walked confidently towards the tree. He touched its rough bark mercifully, but he was too tired because of the journey to begin to dig, so he just followed his instinct: he lay under the tree and slept for a couple of hours.

At down he woke up because of singing birds. He went back to the car in order to take the shovel. Then he began to dig exactly where he had buried the watch in a wooden box twenty years before.

A couple of hours later the sun was higher, and Sam had reached the box. He picked it up and held it to his heart, and with trembling hands he opened it.

The golden watch was still there. Apparently, nobody had discovered his secret. He put it safe in his pocket and walked back to the car. The memory and the presence of his mother were stronger than ever in his heart and in his mind, but he felt as if Steve was also there watching him.

He started to drive and left the country. He had no money, no house, no one to count on and nowhere to go, but he only wanted to go as far as possible and start a new life. 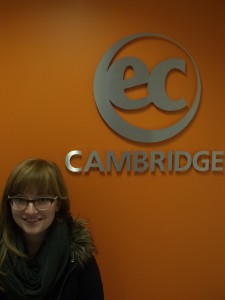