What makes EC Cape Town special is that it attracts students from all over the world. Our first student from Azerbaijan, and hopefully not the last, is Nurlan. He was asked to write a comparative essay between the two countries and here is the result:

Azerbaijan and South are two countries that are located in different continents, namely Eurasia and Africa. These two countries share some similarities and differences

South Africa, on the other hand, has combinations of the cultures of the Middle East, Western Europe and Africa. Furthermore, the climate and seasons are also absolutely different to each other. South Africa is a sub-tropical country compare to Azerbaijan which is tropical. Unlike Azerbaijan the dry season in South Africa starts from April until October which is the opposite in Azerbaijan.

Finally, the nature in both countries are similar but are not entirely the same. Azerbaijan and South Africa have great natural resources which are diamonds, gold, clear water and oil. Equally, they also protect their resources and the environment. In addition, South Africa and Azerbaijan have many species or animals, fishes and plants. Therefore, both countries have of the oldest archeological and human fossils in the world.

In conclusion, a comparison between Azerbaijan and South Africa shows that the 2 countries have several similarities but also differences. The comparisons here have been limited to religion, languages, culture, climate, history, animal, and plants species and natural resources. 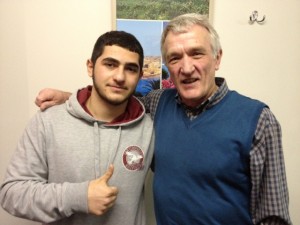