Habits, we all have them, both good and bad. Present habits are one of the first things you learn to express in English but there’s so much more to it than just the present simple. Take a look at some of the different examples and the explanations below provided us by the great team of teachers at our London 30+ English school. Read on and improve your English.

LET’S START WITH THE EASY STUFF.

I go to Tesco every day after work. (This is a nice and easy present simple habit. It’s something that happens routinely in the present. Remember that you can also grade the frequency of your habits by using an adverb)

I rarely / sometimes / often / usually / always cook dinner at home. (The adverb of frequency comes before the main verb)

I am rarely / sometimes / often / usually / always on time. (The adverb of frequency comes after “be” verb)

BUT WHAT ABOUT ANNOYING HABITS?

My brother is always borrowing my clothes without asking. (In this situation, I used the present continuous to show that I am annoyed by this present habit. The “always” adds to the annoyance.)

AND WHAT ABOUT TEMPORARY HABITS?

At the moment, I’m drinking a lot of beer but when I leave England and return to my country, I’ll probably stop. (The present continuous suggests that this habit will not continue forever. It is temporary)

BUT HOW DO WE EXPRESS HABITS IN THE PAST?

I used to play football when I was younger but I gave up when I left school. (Used to + verb: expresses an action that was a habit in the past but no longer is)

I didn’t use to eat vegetables but now I love them. (remember that the negative is spelled slightly differently: didn’t use to + verb)

When I was younger I would play football every day with my friends. (We can also you “would” to express past habits but it is usually contracted to I’d / You’d / We’d / They’d / He’d / She’d)

BUT HOW ARE THEY USED NATURALLY, IN CONVERSATION?

“When I was younger we used to go to the countryside every summer. We’d visit a place called Brittas Bay in the Irish countryside. It was beautiful, it had a beach and we used to go there every day. We’d get up early and pack our bags and then we’d walk over to the beach. It was only five minutes away. My mom would pack some lunch and we’d play in the sea all day until we were tired and hungry and we’d eat sandwiches with extra sand in them. Sometimes, we’d stay there until the sun went down and it got cold and then we’d go home for a barbecue. Sometimes we wouldn’t go to the beach and we’d just play football in the field all day. They were some of the happiest days of my life.”

(Usually, native speakers start with “used to” and then add details using “would”. In natural speech, we nearly always contract “would”. Listen carefully to a native speaker and see if you can hear it. Try telling people about your childhood habits) 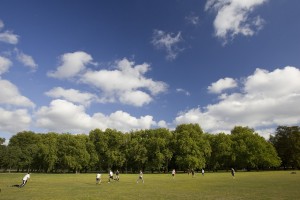 If you’re thinking about changing your habits, why not try out some English lessons for adults?!