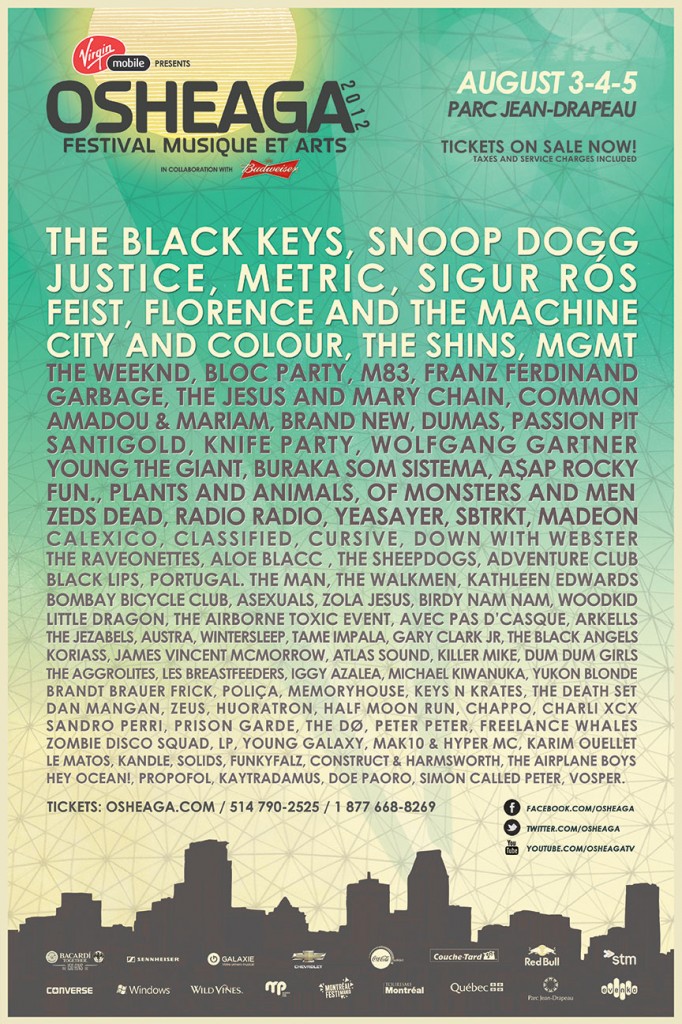 Inaugurated in 2006, OSHEAGA Music and Arts Festival stands as the largest festival of its kind in Canada. An exciting party dedicated to showcasing music and visual arts, OSHEAGA offers a world-class European-style event across its many outside venues. The outdoor events of the festival are staged in the breath-taking environs of Montreal’s Parc Jean-Drapeau on Île Sainte-Hélène, an island of tranquility and oasis of greenery set in the middle of one of North America’s most stimulating cities. Bringing together tens of thousands of music lovers from North America and Europe alike, the festival aims to showcase emerging local and national artists, as they share the stage with some of the industry’s biggest names. Thus, over several days, more than 90 bands will take the stage across the city, fostering an unparalleled festive ambiance that Montreal alone can create under the summer sun. From its inception, the festival has featured some of music’s biggest stars, including Coldplay, The Killers, Iggy & The Stooges, Sonic Youth, The Roots, Rufus Wainwright, Arcade Fire, Weezer and Eminem, as well as important emerging artists such as The Stills, Coeur de pirate, Hey Rosetta!, The Barr Brothers and Elie Goulding. OSHEAGA also prides itself on its visual arts segment as the festival offers shows and exhibits in many venues across the city in the weeks prior to the event. For its seventh edition, OSHEAGA presented by Virgin Mobile promises fans an unforgettable festival experience.