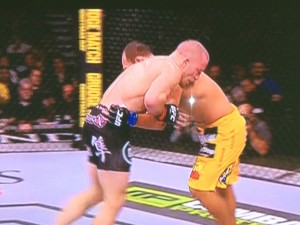 The UFC’s Welterweight Champion of the World is a Montrealer named Georges Rush Saint-Pierre (GSP).  He defended his title this past weekend for the ninth time!  He has been the champion in his division for the past 7 years! 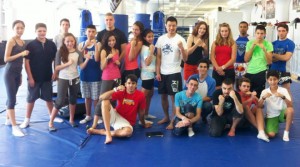 Montrealers were cheering on their hero on Saturday night!  The city was buzzing with excitement!  It was definitely GSP’s most difficult challenge!  After a split decision, he was able to retain his title!

We are so proud that our very own GSP remains the UFC Welterweight Champion of the World!