October 31 was a very fun and exciting day at EC San Francisco, and in San Francisco in general! Not only did EC SF had a party and costume contest during the lunch hour to celebrate Halloween, just a few streets away several hundred thousand people were lined up on Market Street cheering on the San Francisco Giants Victory Parade after the Giants won the World Series two night before. The city was full of people wearing the Giant’s team colors of orange and black, and just as many people were in costume for the holiday. To say that there was a festive mood in San Francisco that day is an understatement!

Just like last year, EC SF encouraged students to dress in a costume to school for the day, and we were amazed with how many students participated! All students were able to enjoy free pizza and the traditional holiday favorite pumpkin pie (with whipped cream, of course!) while getting a chance to see everybody’s costumes. 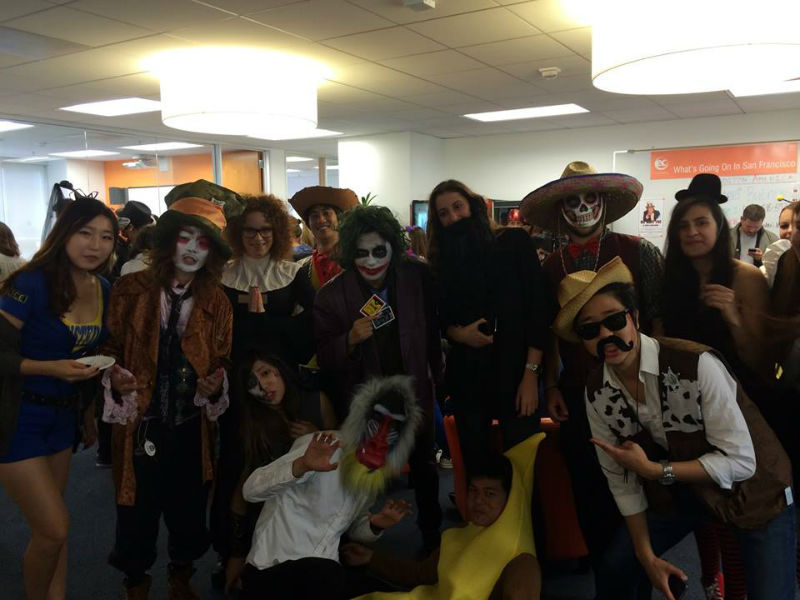 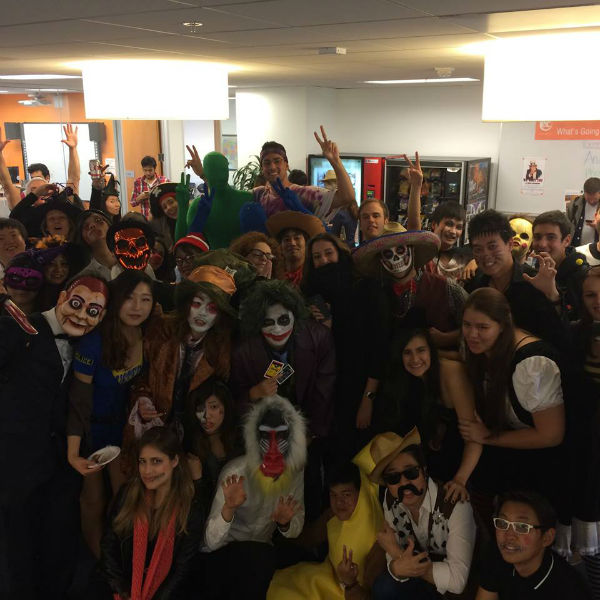 After the food was eaten Teacher Vera emceed a costume contest of the best and most creative student costumes. Over twenty students were convinced–either by teachers or their peers–to participate and walk down a “catwalk” down the center of the room as everyone watching cheered them on. Here are several of the students who participated: 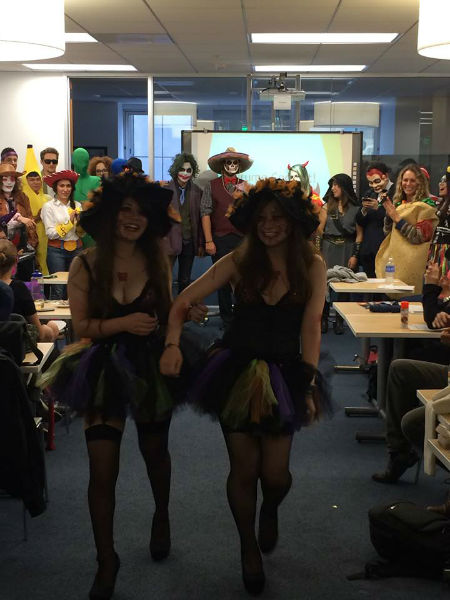 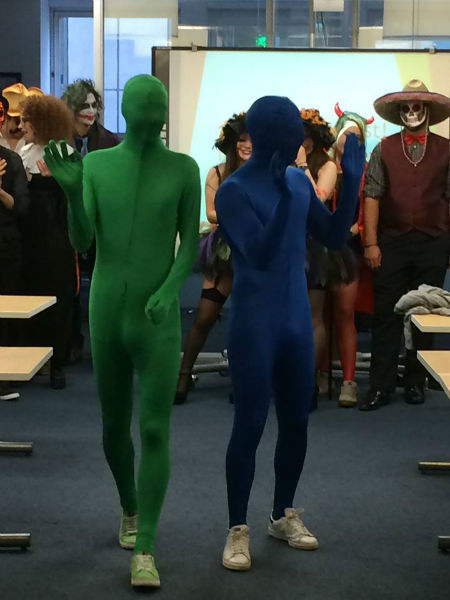 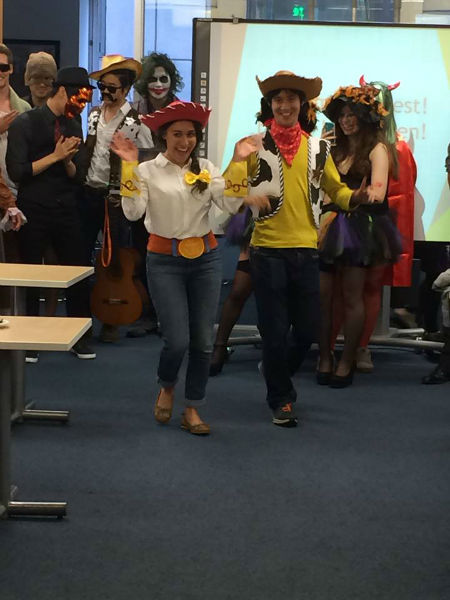 After everybody got a chance to show off their costume in front of the school,the five students who received the most applause were selected as finalists. They included the Joker from The Dark Knight, a dancing disco guy, a priest, and a singing cowboy riding his “horse.” All of the finalists walked to catwalk to try and get the most applause from the audience. 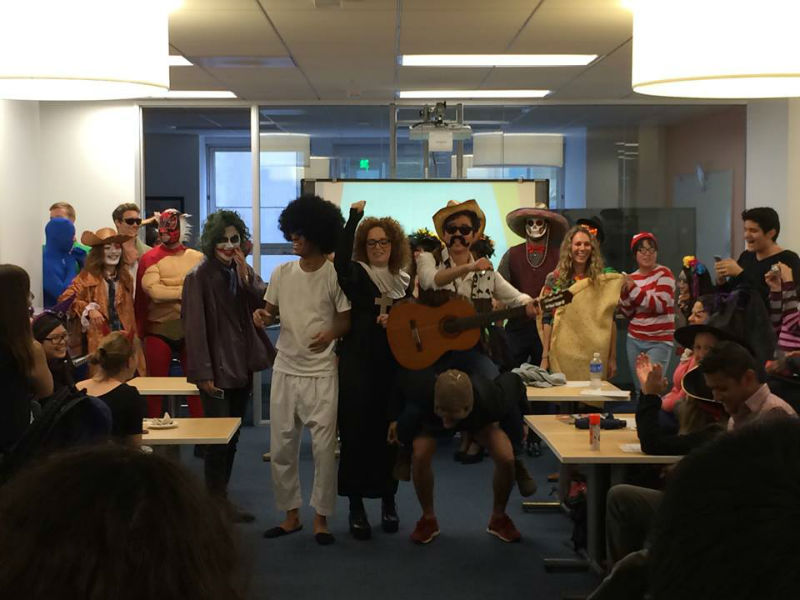 In the end Priska won for her performance as a priest, after she silenced the whole room and did a prayer in Latin over everybody there and then prayed that she would win. Congratulations Priska on a job well done–you had the whole room laughing! 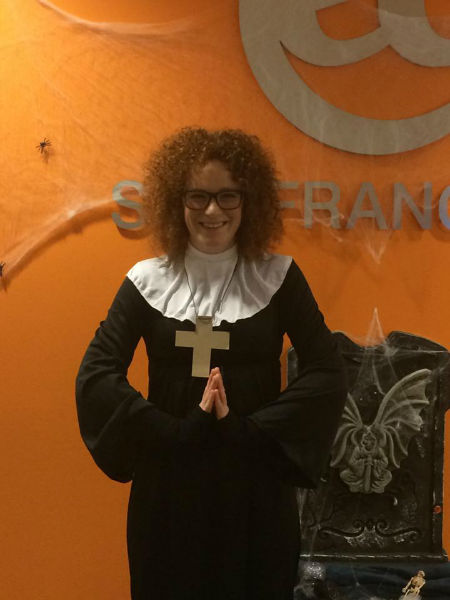 Thank you again to everyone who came and to all those who participated–we hope you had as much fun as we did!