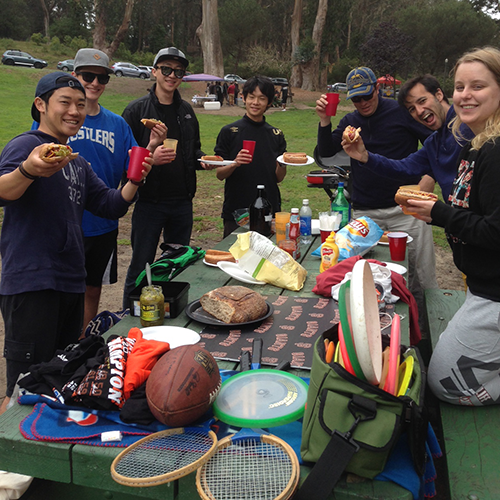 Even though it was overcast and gray it was warm with not a lot of wind and we had a fun time trying different sports –first baseball–after crushing the first white ball when it had been hit it hard by Ben, we had to use the wiffleball which also got crushed but could easily return  back to shape by manipulating it with fingers. Believe it or not the only woman batting, tried both right-handed and left-handed –and she was good! 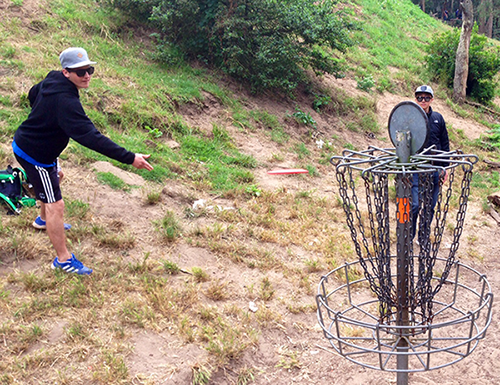 We then tossed the American football around pretending we were running plays and tried even bad mitten and throwing frisbees around at the same time. I cooked up hotdogs and we had some drinks and chips and then decided to try the newest sports craze in United States which is disc golf–since we were right next to the disc golf field we decided to try playing for nine holes–it was a blast for us trying to figure out the wind patterns and throwing the frisbee looking disks between trees and in fact everyone was pretty good at it! 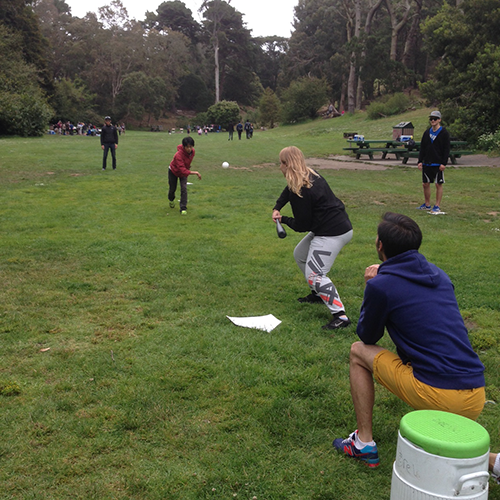