Where to celebrate the start of the Chinese New Year

Ringing in the Year of the Goat in Chinese style

Also known as the Spring Festival or the Lunar New Year, the Chinese New Year is usually ushered in with fireworks and colourful, traditional festivals in and around China.

It is such an important celebration that apart from being given official public holiday status, Chinese people also get eight days off work! 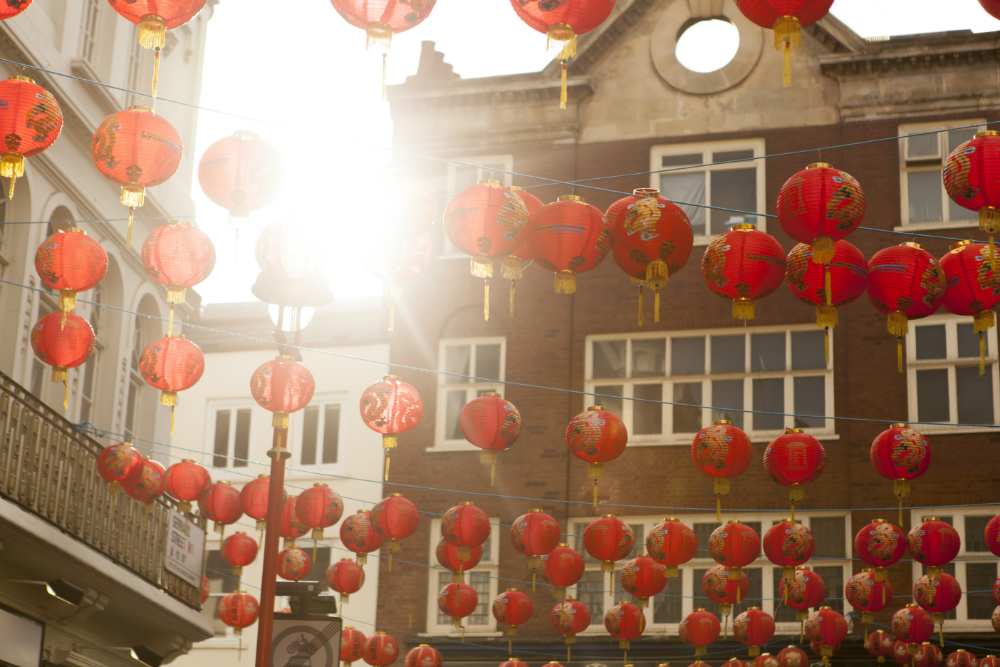 Did you know that London boasts the largest celebrations of the Chinese New Year outside Asia? That’s a rather crazy fact!

Every year, thousands of people flock to Trafalgar Square, Chinatown and Shaftesbury Avenue to wish one another a Happy New Year, watch a lively parade (featuring fantastical lions and dragons) and performances from local artists, while enjoying some Chinese specialities, and treating themselves to some crafts from the many stalls which can be found in various locations.

Plenty of activities and celebrations will take place on the day, so all that’s left to do is pay a visit to London’s Chinatown and join in the fun. And don’t forget to stop by one of its many Chinese restaurants!

After London, the second biggest Chinese New Year’s celebrations in the UK take place in the northern city of Manchester.

This year, the city will be hosting its largest party to welcome in the Year of the Goat. Thousands of red lanterns will decorate Manchester’s shopping streets, and events will include a food fair in St. Anne’s Square, where you will also find the city’s finest Chinatown eateries. Live music, performances and a spectacular light show will colour the evening, and a special exhibition at the Centre for Chinese Contemporary Art will take place. Of course, you can also expect to see the famous dragon parade, set against a sparkling backdrop of fireworks…

Head over to NYC and you will find that the city won’t fall short of a proper celebration of Chinese culture. Elaborate floats, marching bands, lion and dragon dances, musicians, acrobats and a procession led by local NYC organizations will fill the streets of New York.

There will also be an outdoor Chinese cultural festival at Sara D. Roosevelt Park, featuring more performances by musicians, dancers and martial artists.

The city’s Chinese New Year festival and parade is the oldest and largest event in North America. Following the California Gold Rush, more than 50,000 people moved to San Francisco to seek their fortune. By the 1860s, the city’s Chinese population had brought the traditional parade to Chinatown, complete with lanterns, flags, traditional music and exploding firecrackers.

The Golden Dragon is made up of 29 segments, and is carried by a team of 100 men and women. Doesn’t that sound spectacular?

Apart from the annual parade, you will also find a beautiful spring festival and cultural fair arranged at Sun Yat-Sen Plaza. If you’re in the mood for some food, you can also enjoy a typical Chinese New Year banquet at one of the restaurants. Wherever you choose to go -even if it’s a shopping mall – you will find some amazing live entertainment, cultural programmes and flower shows!

Wouldn’t it be nice to be a student, learning English in one of these wonderful destinations, while also celebrating the start of the Chinese New Year?

We offer English language courses in all of these destinations. For more information contact us