Saturday morning I stood at quarter past nine in front of the Hippodrome, ready to join a trip organised by EC Bristol school.

When everyone was loaded in the coach, it was time to start the journey to Cheddar, Wells and Glastonbury. Somewhere I felt the urge to start singing school trip songs. However, as I didn’t know any songs in English and I would have been lonely to sing the dutch versions, I just remained quiet.

The first stop was Cheddar. Before I went, I only thought that it sounds like cheese and it really was. As it is the birth place of the Cheddar cheese. We came there a bit behind of schedule as we rode into the first roadblock on our way there. However, when we arrived we went first to the cheese museum, with a short film about making cheese and we learned what cheddering was. 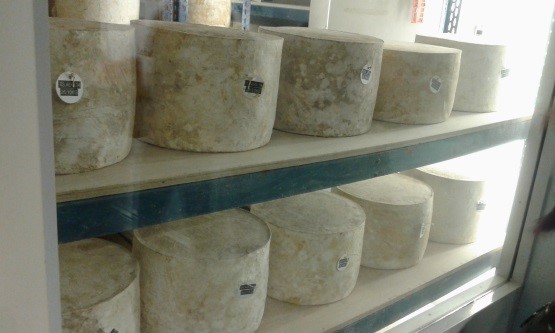 At twelve we were back in the bus with probably more pieces of cheese than people. On our way to…. No, not Wells. The trip locations were swapped because of the weather forecast. So, we went on to Glastonbury. After another roadblock, we arrived into the hippie capital of the world. It has something to do with energy fields or something. So we walked passed a lot of places where Diagon Alley would be jealous off.
We sat down in a coffee shop and ate some lunch (it was a good chicken burger with two pieces of chicken!), before we almost literally run back to the bus not to miss it.
On our way to the hill, as well known as the Isle of Avalon, we passed our third roadblock. We turned around and came across the place where we just were and started walked up the hill. We hiked upon it. We climbed it. We strolled it. More hiking. And even more climbing and more strolling. 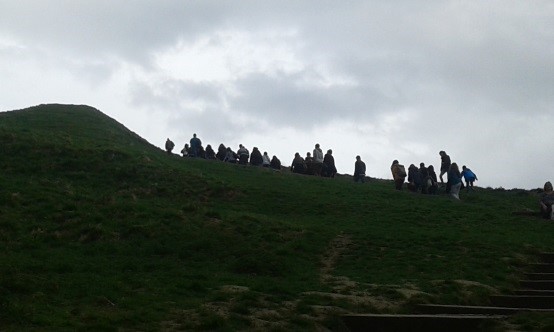 We put even our lives in danger when someone was attacked by some really dangerous plants. Nettles. Highly dangerous. ;p.
When we reached the top, we felt as a king in the world. With great views and even a tower. The Glastonbury tower! 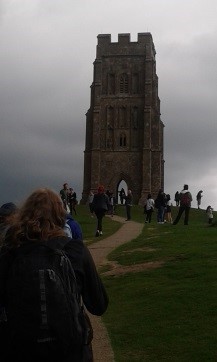 After enjoying the view we went down our long and barbaric way again. 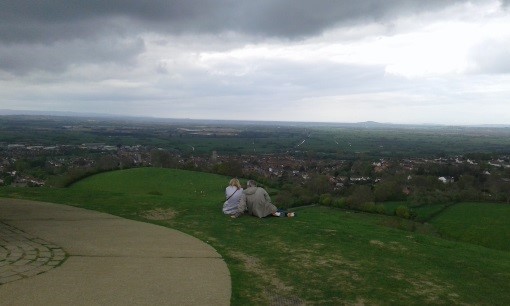 When we arrived in Wells, the weather forecast was ‘pretty nice’. It was raining and raining and yeah raining. Luckily I had my big friend the umbrella with me. We walked through the smallest city of England and reached the back of the cathedral. We had timed it right as the chorus just came down the street. We, then, walked a bit further before we went back to the Cathedral.
When we were done there, it was too rainy to stay outside, so we went to a pub and met up with some other groups. 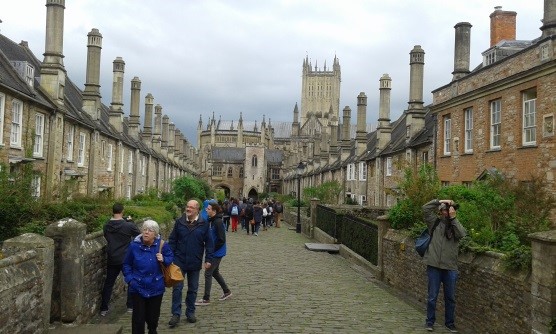 EC offers a wide range of English courses in Bristol.