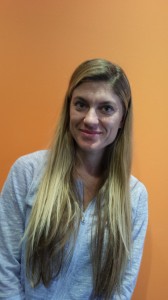 Every month at EC Miami, our students taking academic English courses attend a lecture given by a speaker at the school.  Often, there are speakers that come from outside the school to share their expertise on a variety of cultural subjects.  This month, the lecture’s topic was Baseball in the United States.  The students write an essay based on their notes from the lecture, and then two people are selected as that month’s winners.  Our first winner comes from Melissa Stam, one of our advanced students:

I was introduced to Baseball for the first time at Mark Little’s lecture last Thursday.  I had no idea it was a game of strategy and didn’t know it was the oldest professional sport in the US, either.

When Mark was younger he hated baseball until he realized it was more a game of strategy than a game of action, and it’s also a more casual sport if you compare it to basketball or football.  Baseball is the only sport in which the players who have the ball in their possession are playing defense.  The baseball field is known as the diamond, because of the similarity of their shapes.  There are different parts to a field and different positions on the teams.  You have the pitcher, who throws the ball.  The word ‘pitch’is another word for throw.  The pitcher throws the ball to a catcher at a 60 foot distance.  The ball takes .6 seconds to arrive from the pitcher to the catcher, so we can imagine the kind of speed the ball is traveling at.  They say the most difficult thing to do in sports is hitting a baseball.

The equipment used while playing Baseball is pretty simple:  a glove, a ball, a bat, protection for the umpire’s face as he is standing right behind the catcher, and other protective equipment players use when they are playing at a professional level.

Regarding the rules of the game the umpire decides if the player or ball is safe out foul, or a home run.  The umpire stands at home plate and stands behind the catcher.  In a professional Baseball game there are nine innings.  During each inning, each team gets a turn to bat, and during each turn at bat the team keeps batting until three outs are made.  If there are three strikes, the batter is out; if there are four balls, the batter walks to first base.  If the ball is caught, the batter is out.  When the game is tied, extra innings are played.  The games are not timed, but usually it can take two to three hours to play all nine innings.  Points are gained with ‘runs’, each time a player safely crosses home plate, it’s a run.  So the team that scores the most runs wins.

To talk about a few extremely famous baseball players, Babe Ruth was an incredible hitter who won the Yankees a World Series.  He was known for getting to the filed and pointing to the direction he was going to hit the ball in the air.  Jackie Robinson was the first black man to play in Major League Baseball.  He played for the Dodgers and proved that color does not matter.  The number 42 is retired throughout Major League Baseball in honor of Jackie Robinson.  There is only one day on April 15th, where every player wears the number 42.

Equally famous but for a scandal caused by suspicion of using steroids was Barry Bonds.  He beat the record by hitting over 700 home runs, but he did it under the influence of drugs that made me stronger.  Another scandal in the baseball world occurred in 1918, when eight players accepted money to lose the game.  These players played for the Chicago White Sox, and they were expelled from the team and their baseball careers were destroyed.  The scandal is remembered as the “Black Sox Scandal.”

To conclude, Mark Little suggested how to buy tickets to go to a game if we were interested in living that experience.