Thanksgiving has been an annual holiday in Canada for almost 150 years, and it is always celebrated the second Monday of October. It is known as “Turkey day” since that is the main course for dinner that day. 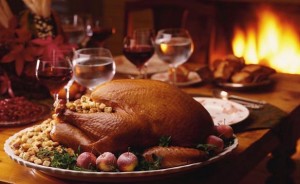 Would you believe that Canada was the first country to celebrate this holiday? The origins of this holiday dates back to 1578, when an explorer called Martin Frobisher celebrated Thanksgiving for first time during an expedition through the Antarctic. A little bit later, once the Seven Days war was over – 1763-, the celebration started to be popular in Canada, especially in Nova Scotia. But it wasn’t until 1879 that it became a statutory holiday in Canada.

As it always takes place on Mondays, Canadians take advantage of the long weekend to share some time with their family and, of course, prepare the traditional baked turkey. But this is not all, football is also a tradition during these dates, so much so that there is a special Thanksgiving Day Classic every year held by the Canadian Football League.

However, unlike American, Canadians Thanksgiving is not a shopping holiday. In fact, most of the stores are closed during this weekend and just a few ones have adopted the American sales tradition known as “Black Friday” where everybody goes out to get the best deal once a year.

Thinking about learning English in Canada? Check out our Business English courses in Vancouver.