October 31 is well known all over the world as the day of the dead. Halloween is an ancient Celtic myth brought to Canada by European immigrants several years ago.  But it really was a festival to celebrate the end of the harvest. Here you can find some curiosities about Halloween that will help you to better understand this celebration. 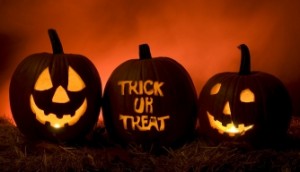 Why apples are always present in Halloween?  Because the Celtics used to honour the Roman goddess called Pomona, the goodness of trees and fruit. Her symbol was an apple, and since this festival initially was to celebrate the end of the harvest, the apple remained as a symbol of Halloween.

Why Canadians do pumpkin carving? This tradition started in Ireland, where a men called Jack was well known to play tricks with the evil. It is said that when he died God did not allow him to enter in heaven, nor did the devil allow him into hell. He was punished to live in eternal night, so he made a torch out of a hollowed out turnip to illuminate his way. This is why Jack is now called “the lantern guy” and why Canadians use pumpkins for Halloween since 1800 -Pumpkins were much easier to carve than turnips-.

Why are spiders present in Halloween? You may think that spiders are creepy but not in Halloween! As per the myth says, spotting a spider on October 31 means that a loved one is watching over you so be careful and do not step on it!

Come to learn English in Canada and join us for our annual pumpkin carving contest!